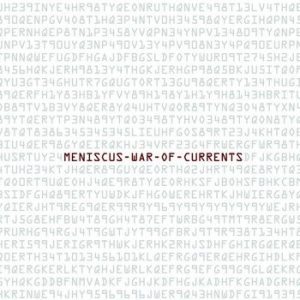 Sydney band Meniscus have been producing instrumental post rock sound scapes live since 2005 and previously released an EP, but amazingly this is their first full length album. It doesn’t use your typical crescendo structure of a lot of post rock, yet it’s full of dynamics, experimentation, memorable melodies, prominent bass grooves and ever-shifting beats.

When you listen to “War of Currents” you need to remind yourself constantly that they are, musically at least, a three piece – Daniel Oreskovic on guitar, Alison Kerjean on bass and Cameron Brennan on drums and samples. The secret to their full sound lies in the ever-changing balance of the individual sounds they produce, pushing them forward and pulling them back, often without the listener realising it’s happening.

Their skilful use of samples at times provides an introduction to a song or bridge between its parts. While synth occasionally takes the lead, the electronics generally form a blanket for the other instruments to alternatively lie, sit, stand and stomp around on. The bass alternates between melodic lead, pulsating driving rhythm, and a more traditional foundation. The myriad beats help ensure you never get a feeling of sameness, despite being restrained in volume. Around all this the guitar dances and weaves, providing gentle hooks to full on passages of super fast strumming and power chords.

The title of the record “War of Currents” is a reference to Nikola Tesla, inventor of radio and alternating current, and, I presume, the battles he had with Edison, Trump and Marconi. Google it if you want to know more – it’s fascinating stuff and he was your archetypal “mad scientist”. The opening track, “Room 3327” is named after the room in the Hotel New Yorker where Tesla spent the last ten years of his life and opens with a reading from a published article before a steady drumbeat takes us into the body of the song .

The six tracks are all very individual but tied together by sufficient constants to generate a record that works well as a whole. “Immersion” is probably the stand out because it uses all of Meniscus’ trademark devices, from soft rolling bass and guitar over complex drum lines and nicely balanced samples, to loud staccato in unison and lightning strumming.

When bands call themselves “cinematic”, it can mean boring and having nothing to say. Those who do this stuff well find the perfect balance between subtle restrained sound and enough hooks and bursts of energy to keep your attention. In the case of Meniscus, the live show is truly cinematic, with a fourth ‘contributor’ (as they are described on the digipac), Marty Wong, who provides live visuals. Wong sets up his gear just as the others do; a huge screen and laptop being his instruments.

Often bands will need an extra guitar or two to bring to life on stage the sound of their recorded material, but not Meniscus. Live, Oreskovic regularly seems to develop three strumming hands and is soaking from sweat after 30 minutes. He joins the crowd, occasionally screaming to release the pent up energy. Kerjean’s fingers dance their way like fireworks around the fretboard pushing out the brilliant bass lines and Brennan provides the beats and samples with precision and variety. But with no one to noodle between songs as pedals are reset, it’s Wong’s short films and visuals that keep the continuity without needing a fourth or fifth on stage.

The point of me telling you this is that what you hear on the record is primarily the product of skill and great song writing, not of production in the studio, as good as that is. It’s moody, it’s thoughtful, it’s engrossing. It surprises, comforts and rewards.
So sit back, close your eyes, set your imagination to “fully charged”, and make your own cinematic experience to this soundtrack. 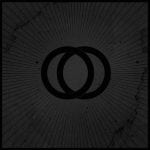 Under The Influence with Drew from Often The Thinker 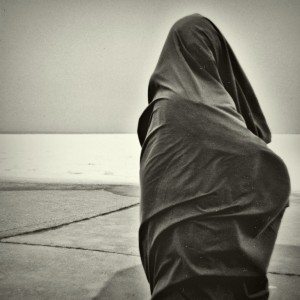 It happens sometimes that, listening to an album, you are brought away to another world, to a dimension where space and time are merely words and when you come back to earth you fill regenerate. During that time nothing around you seems to matter. Well, only great albums have this power and Resolven, the new LP of North Atlantic Drift, definitely belongs to that category.

I’m still enjoying and recommending Monuments to anyone that has a passion for ambient soundscapes that North Atlantic Drift is back with a new dreaming album.

North Atlantic Drift is an experimental, ambient & electronic duo composed by Mike Abercrombie and Brad Deschamps from Toronto, Canada. They have been producing music since the summer of 2011 and, if the debut Canvas (2012) caught our attention, Monuments (2013) totally confirmed the artistry of this interesting duo. Resolven, the third stage of the Canadian duo’s musical journey, represents a step ahead and inevitably put North Atlantic Drift among the best ambient/post rock bands.

Resolven is a blend of post rock and ambient music – but it sits more on the ambient side of post rock music - with electronic hints that give it intensity and an original touch. The music of Mike and Brad generally consists of sounds produced using various instruments and the main ones used in this album are synth, guitar and the glockenspiel played throughout the whole album.

In a running time of about 45 minutes, Resolven brings the listener in a dream land where floating in the sound clouds is so easy and so damn beautiful. The album’s eight tracks are made of dense and complex textural ambient pieces and haunting sounds that are all mixed together and slowly rotate in front of the listener like an elegant dancer.

‘More or Less’ is the opening track and it starts with a lovely rain sound and a synth that creates a sort of tension about what is going to happen and it takes a while before dissolving in a gentle melody that allows to glimpse a ray of sunshine. Rain comes back and it’s a fabulous overture.

The album ends exactly as it starts with the field recording of a thunderstorm and between ‘More or Less’ and the closing song ‘Elegy’ the album must be experienced as a unique song. Each track of Resolven is a piece of a bigger composition; each song flows into the following one where it evolves and softly changes the tone. There’s movement, there’s space and there’re the right pauses.

‘Obsidian Flows’ is one of the milestone of Resolven. I particularly like the echoing glockenspiel sound that makes the song more intense. This song is the best soundtrack to our space, virtual and imaginary worlds. The following ‘It Looks Like You're Here For the End of the World’ is the natural prosecution of ‘Obsidian Flows’ and after a soft pause it shines like the the brightest sunrise. The guitar is notable.

I truly enjoyed this album and I've to admit that I'm stuck on ‘Lost in the Sprawl 1’.  ‘Lost in the Sprawl 1’ is love at first listening and it becomes an addiction when the glockenspiel joins the melody and the track rises us as the summer sun. Passing through ‘Badlands’, the suspenseful mind trip continues with ‘Lost in the Sprawl 2’ and the warm and comforting synths are pure magic. Together ‘Lost in The Sprawl’ act 1 and 2 are a truly exemplary moment.

‘Elegy’ announces that it’s time to come back to earth and the thunderstorms is there to welcome you back.

Resolven is an excellent listening experience and Marc and Brad are brilliant at getting things just so. If you’re in any way a fan of ambient-post rock music, don’t let this album pass you by. 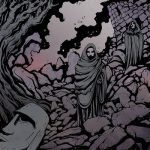